My main and backup Discord accounts got banned due to being members of Greek border invasion server which got completely deleted and everyone there seems to have gotten their accounts banned.. So much for free speech.

Left with no other options, I've made a new Discord server for our ReforgeCraft project, so come and join, the old one will no longer be moderated. Here is the invite link:

Northrend is now Live! Custom Progressive realm with concept of base classes that has war over perk and teleports around vanilla maps so you can do quests from any race or go to Ragefire Chasm (with your alter) at lvl 25+ and kill custom boss at the end for instant lvl 42 to skip some lvling, useful .t , .bank and other .commands

Drops are Blizzlike except for some custom ones, quest xp rate x3 & kill x1.5 ,  quest reward money and reputation x2

DK's have slightly buffed ghouls, Warlocks have demons and everyone else can use hunter's pets as help

We have reached TBC content and slowly releasing and coding more custom content. War is over so you can do both factions quests and also can make any Race/Class as base for your Builds Join for Support, News and chat

To progress in Northrend realm after reaching lvl 42+ ,
visit our Wiki:
https://reforgecraft.fandom.com/wiki/Progression_Guide
even more info is on this old forum guide:
http://wow-craft.proboards.com/thread/52/new-northrend-realm-guides
Need help. info, changelogs, news, latest Patch and support?
Join our community in Discord txt channels
Click the Connect button above in Discord window 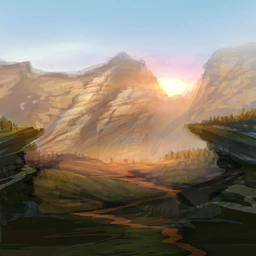 There are 2 visitors online (who?)

Voters of the Week